How are waves created for surfing?

All topics on Surf Theorie are solely to provide a better understanding on the theory of surfing.
Certainly, no one has to learn a topic to live in one of our camps.
Surf Camps ensure the learning of surfing in an environment and with experienced professionals, hence maximum fun and experiencing is guaranteed.
If one wants to start surfing and gain some momentum we recommend to stay at least for 10 weeks. Surfing for such a period of time can establish the fundamentals to enjoy your future surfing.

Energie is needed so that there occurs an impulse (swell) in the ocean. This impulse is being created in wind or a storm.

Wind and energy is being created through an interplay between low and high pressure systems.

The normal air pressure on sea level is 1013,25 hectopascal (hpa). Everything above this standard is high-pressure and everything below is low-pressure. The isobar (lines) on a weather map indicate the pressure difference on an area, in 5 hpa steps. 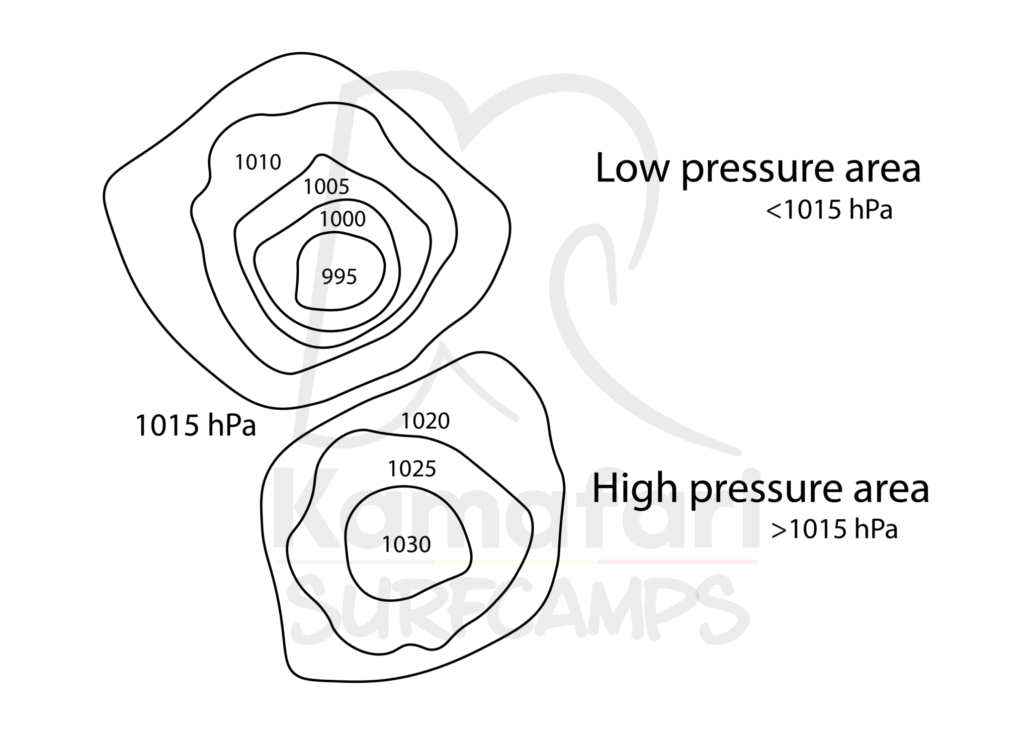 How are low and high-pressure systems generated?

On a global scale, from south to north, prevails a interchange between low and high pressure systems. Above the warm tropics near the equator, there is so called low pressure zone. Within the middle degree of latitude, north and south of the equator, there is one high-pressure respectively. In the subpolar region again occurs a low-pressure belt and on the poles again high-pressure zones. An interchange occurs approximately all 2500 km. 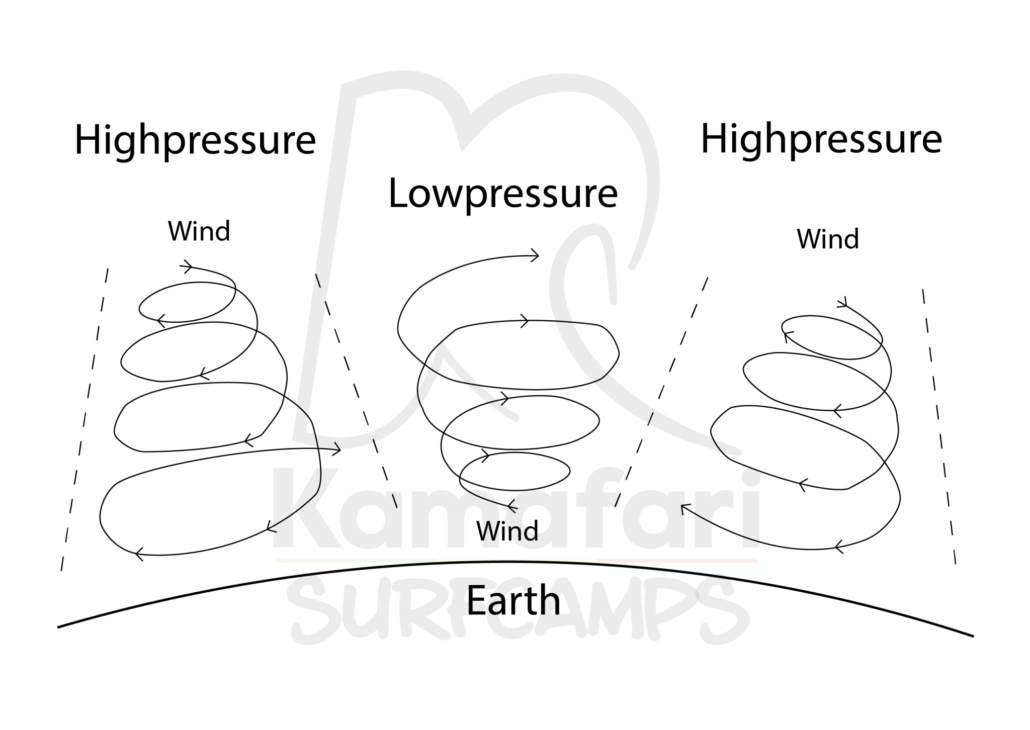 How are unordered, wind waves turned into decent swell for surfing?

The generated wind waves in a low-pressure system are quite unordered and equal a mess. As soon as these wind waves have emigrated out of the wind zone, they start to organise themselves. Here the bigger and faster ones start to connect themselves with the smaller slower ones. Hence there are developed fewer but more organised much stronger waves.

When these waves travel long enough through the ocean, they organise themselves to so called wave-sets. These waves-sets consist of several waves behind each other, this can be 2-20 waves in one set. The distance or time apart from each wave is called the wave period. Clean waves sets need several days and several thousand kilometres distance to organise themselves. 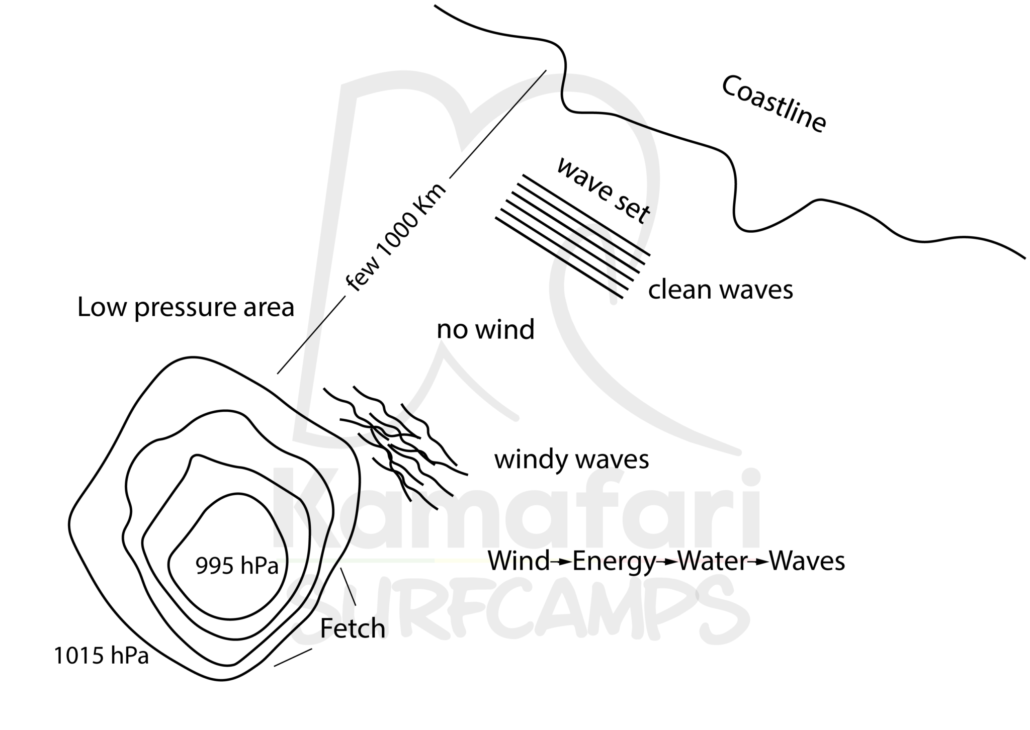 Between the single waves sets there occurs a distance. This is the so called ‘set break’.

The longer the waves travel, the more organised and cleaner they will arrive at a coastline/surf spot. If the sets during their journey, again will hit a wind zone, then their organisation will get interrupted and they will lose energy. This can also be caused by winds near or in front of the coastline of arrival.

What are the best conditions for clean and powerful waves to be generated?

– outside of the low-pressure system, on their journey to a coastline, should not act upon them any more wind.

– Best surfing conditions occur when there is no or off-shore wind at the surfspot.

more info on this on the topic –

Why not use your latest acquired knowledge – ‘How are waves generated?’ when you visit us in one of our surf camps

Want to join the discussion?
Feel free to contribute!

How waves break for surfing
Scroll to top